Your Sleep Chronotype: The Biological Clock That Keeps on Ticking

We’ve talked a lot about personal sleeping habits, and how parts of our daily routine may be highly disruptive to our sleep cycle without our even knowing it.  But, there’s one thing that we can’t fully change, and that’s our sleep chronotype.

What is a Sleep Chronotype?

It’s very important to understand that each person’s sleep chronotype is unique.  It’s a mistake to assume that we all require the same hours of sleep, and all benefit the same from going to bed at a specific time, and waking up at a specific time.  Knowing your unique sleep chronotype will help you develop a daily and nightly schedule that supports your specific circadian rhythm.

For a long time, it’s been established that there are 3 specific sleep chronotypes, as follows:

Most of us can name several friends and family who fall into each category, and we basically all know where we stand.  But, the problem is that this leaves out some important factors, including a whole other category, which is disordered sleepers, who make up about 10% of the population.  We’ll come back to that later.

We’ve touched upon the idea of sleep drives, and how each of us have our own, similarly to our personal sex drive.  This is very much determined by genetics, which means that it’s not really going to change all that much over time.  Those with a low sleep drive are easily disturbed during sleep, waking up at every little sound.  Overall, they tend to wake up feeling less than refreshed.

Lastly, we have those with a medium sleep drive, who generally sleep deeply and wake up feeling refreshed after getting 7 hours of sleep.

There is also the matter of personality.  Some of us are very health conscious or work-motivated, and make a point to wake up at sunrise because we feel that it’s beneficial.  Artistic types and those who like to party are more likely to be night owls.

But still, we need to consider the chronotype of disordered sleepers, who can be either night owls or early birds.  Generally, a disordered sleeper is someone who gets less than 6 hours per night and has a unique personality and sleep drive compared to others.

The whole “early bird,” “hummingbird” and “night owl” classification system is a bit outdated, mainly because it doesn’t take into account disordered sleepers.  Besides that, we’re not birds, but mammals.  And, mammals each have their own species-specific chronotype, hence this new, more accurate chronotype classification below.

Can You Change Your Chronotype?

A common question is whether or not a person can change their chronotype.  The answer, in short, is no.  A chronotype is genetic.  It’s encoded in our DNA, as part of our biological homeostasis.  We can’t change from being, say, a dolphin to a lion, but what we can do is shift that biological clock by 1 to 2 hours.  More importantly, we can make changes to our daily routines that support our chronotype rather than work against it.

We do know that a chronotype can change to some extent as we age.  That’s why seniors tend to wake up and go to bed must earlier than a teenager for example.  We call this “chronolongevity.”  A person can become a lion or a dolphin as they get older due to natural shifts in circadian rhythm influenced by specific factors in our bodies.  A person who becomes a dolphin can do so because of biological traits, or something as simple as medications.  But, what we know is changing the timing of our meals, our light exposure and so on can help us make the most out of our own chronotype.

Not sure what your chronotype is?  Take this short quiz to find out.  From there, you can learn more about your chronotype, and how you can support your natural circadian rhythm to maximize your unique sleep drive and timing preferences. The Best Morning Routine for Your Chronotype 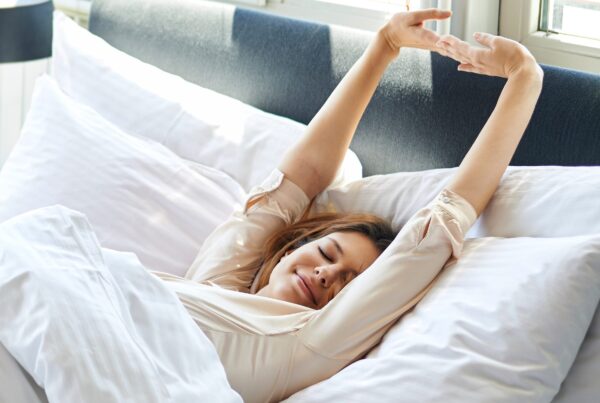 The Daily Routine of a Sleep Champion